AJAKURAMAVOICE CONDEMN THE INHUMAN TREATMENT GIVEN TO AJAKURAMA PEOPLE SINCE THE INCEPTION OF THE MILITARY INVASION. 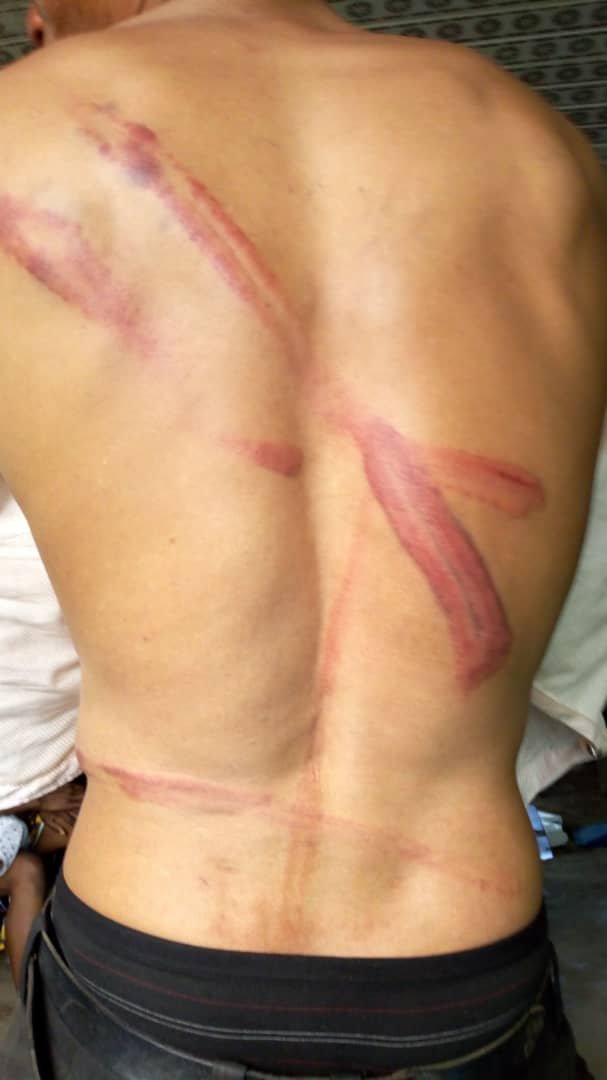 The people of Ajakurama are uncomfortable and  unrest over the sadistic and barbaric treatment by the military.

Ajakurama people are been oppressed out of cruelty even in their God given land, the right of old men and women is been violated and their existence is under terrible threat.

Ijaw community is treated like a war zone even in the absence of not even communal clash around that terrain.
On 14th January 2019 Ajakurama community was under tension where people were running up and down, youths were beating by the military personnel in Ajakurama town,  on 15th  January 2019 same operation was carried out, the beating continued, many  were obviously seen running for safety, and daily activities was totally disorganized and truncated, even movements was restricted for some hours  before it was lifted, this is not practiced anywhere in these country except  in Ijaw communities it’s so pathetic and uncalled for.

The right group national president had a chat with the Ajakurama community chairman  SNR. COMR Powei B.  Telate,he told us that he was informed of the inferno and some youths protested against the maltreatment the military gave the youth of Ajakurama town, and he went to the military personnel to inquire from them what actually transpired and they told him they were trying to change the youths hairstyle, they even succeeded in cutting some of the youth hair and the rest of the youths went and protested which led the beating of our youths. All the arrested youths has been released to the community chairman without any further charge .

Ajakuramavoice is just not happy with this ugly development in Ijaw nation and Niger Delta at large.

Our community correspondent gathered that this is a continuous operation in Ajakurama community and neighbouring communities in Egbema kingdom.

There are several people involved in the recent maltreatment. Below are some of the victims of the ugly incident
PERE PIPI,
Oleleya, segun seituwa, Chief (Mrs) Ezimor Goodluck seituwa,

We also gathered that
the splitting of groups into factions in Ajakurama is also responsible for this evil act thereby making the community ungovernable.

Ijaw communities  are not involved in any form of war so why all these molestation and intimidation in Ijaw nation?

Ajakurama people always welcome  security personnel whenever they  deem it fit to come a round  but the actions of military  in Ajakurama community is bias and unscrupulous.
The military personnel should be neutral in Egbema politics,  and conduct themselves as public servants,

They should not be a threat to Egbema,the conduct of the security personnel is so unprofessional and highly condemnable.