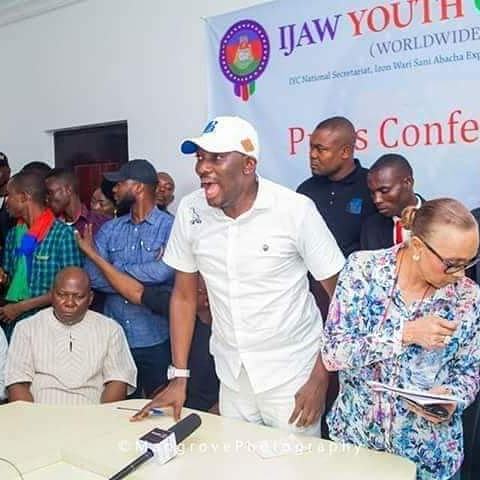 The national leadership of the Ijaw Youth Council (IYC) Worldwide, Barr. Oweilaemi Pereotubo has condemned in very strong terms the heightening and increasing cases of electoral violence which led to killings  in Bayelsa State ahead of the 2019 general election.

Oweilaemi disclosed in a press statememt Tuesday, said The daily attacks and reprisals which have resulted to the deaths of two promising young men at Famgbe in Yenagoa Local Government Area and Tungbo in Sagbama Local Government Area is unfortunate and very condemnable. This ugly development has become great source of worry and concern to all critical stakeholders considering the strategic importance of Bayelsa State as the home and Jerusalem of the entire Ijaw Nation.

The sponsors and perpetrators of these violence and heinous crimes should know that Bayelsa State is the umbilical cord and great rope that is holding the Ijaw Nation together thus  should be guided and protected jealousy at least in the general interest of the Ijaw Nation. Bayelsa State beside been the only homogeneous Ijaw State,  also serves as our pride, symbol of unity, our identity and Ijawness and above all, our greatness.

We therefore appeal to leaders of two leading parties in the state: PDP and APC in Bayelsa State to call their members, loyalists and supporters to order. What the Ijaw Nation need most at this time in our political evolution is massive growth and development and not destruction of lives and property in the name of politics. We should realize that we were first born Ijaws before our membership of political parties. It is also important to bear in mind that while the present political parties like others before them will go into extinction someday but our identity, unique Ijawness and brotherhood shall remain.’’ He stated.

Continuing  ‘‘Council is using this opportunity to advice our great youths to be wise and should not allow themselves to be used as willing tools in the hands of selfish and self-seeking politicians whose primary aim is to amass wealth, promote and project their inordinate ambitions and not sacrifice for the growth and development of our great people. Our youths should learn from previous elections where the same leaders used and dumped them.

Every youth has a great destiny that is threatened by prevalent challenges and unpleasant circumstances that we must strive to overcome. We cannot achieve our great destinies if we do not build ourselves and capacities and there is absolutely no way, we cannot build ourselves if we continue to serve as willing tools in the hands of politicians who want to use us to destroy our fellow youths and brothers.it is important to know that election is not war. Let us go about our campaigns without violence. The 2019 general election will come and go’’ he admonished.