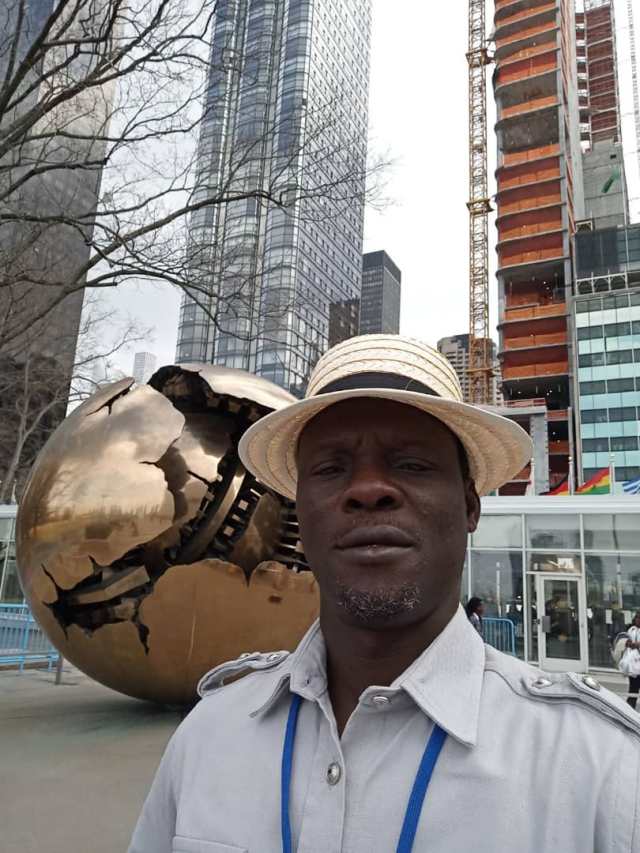 Niger Delta based Peace, human and environmental rights advocate /National Coordinator Center for Peace and Environmental Justice CEPEJ, most Snr. Comrade Sheriff Mulade has been nominated and decorated as a Global Peace Ambassador at the United Nations 63 Commission on the Status of Women CSW63 held in New York, United States of America recently.

Comrade Mulade who can also be addressed as Ambassador flew into the United States of America to attend the Commission on the Status of Women CSW63 Edition was honoured in the  midst of 1000 women that attended the programme.

According to the 1000 women in Religion, “Comrade Sheriff Mulade was nominated and honoured for his focus and consistent advocatng for peaceful coexistence, gender equality and fundamental human rights across the globe particularly in Nigeria”. They stated.